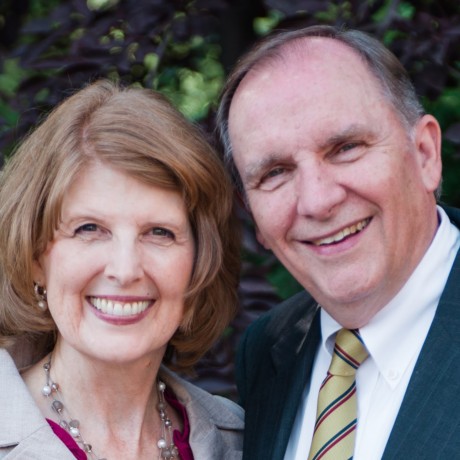 Crismon & Vivienne Lewis, parents of 9 children in Gresham, Oregon, were introduced to the Reliv products in 1993 when Vivienne contracted Post-Polio Syndrome, a disease that doctors said would shortly confine her to a wheelchair. Vivienne tells in her own words the remarkable story of how she won the battle over this crippling disease using complete and balanced nutrition.

In 1993, soon after the birth of our ninth child, I began to feel so much discomfort like I’d never felt before—sharp, shooting pains in my legs. It was like someone was putting a hot iron to my thigh and calf.

The doctors had nothing to offer, only painkillers. They explained that many of the estimated 250,000 survivors of polio were now—30 and 40 years later—experiencing what is called Post-Polio Syndrome, a recurrence of the polio symptoms that had crippled me as a child. They said my muscles were deteriorating and that I would ultimately end up in a wheelchair.

I took the pills for a while, but found that I’d rather endure the discomfort than live with the side effects of the painkillers. The discomfort and weakness left me listless. I couldn’t stay up for more than 45 minutes before I had to collapse on my bed, strapping heating pads to my legs for some relief.

Friends began to come in to help me clean my house and care for the children. One of these dear friends introduced me to Reliv, nutritional supplement. I was as skeptical as anyone, but I was also desperate.

I began taking Reliv shakes twice a day. Because it is a powder that easily dissolves in juice or water, my body was able to absorb it quickly. Within two weeks I began to notice a difference. I began to feel energy again! And the discomfort was not near as intense.

Gradually, after taking the product consistently for several months, the discomfort subsided dramatically. I couldn’t believe it: I was functioning again!

After three years on the product, I was feeling so good I decided to help the family budget by going off the drink. I bought some protein powder from the health food store. At first I didn’t notice a difference. Then it came screaming back: the discomfort, the lack of energy, the constant collapsing on the bed during the day and, of course, the heating pads on the legs.

Crawling around the house

My children saw me down more than up, crying more than smiling. By evening I had to literally crawl to their beds to tuck them in.

At first, I just thought it was the inevitable recurrence of Post-Polio Syndrome and I almost bought a wheelchair. Then I remembered Reliv.

I started on the Reliv again, two- and three-times a day. My strength returned. I was functioning again. It was then that I realized the value of this product and became passionate in sharing my story with others on the amazing impact of good nutrition.

The body is the miracle

Reliv isn’t a miracle drink. The body is the miracle. All we have to do is give the body the right nutrition…the fuel…it needs to function properly.

Reliv did that for me.

I have since discovered that Reliv wasn’t just helping me. Because it is optimal nutrition in perfect balance — so easy to take, eliminating the guesswork of nutritional supplementation — Reliv is helping tens of thousands of others enjoy a happy, healthy lifestyle.

And that’s to say nothing of Reliv’s wonderful capacity to make healthy the immune system and help us in so many different ways.

Because we have been blessed, we find ourselves wanting to share with others the joy of wellness. Reliv International—a company founded more than 25 years ago—offers a dynamic, home-based business opportunity for those who want to share wellness and good health with their family and friends.

We extend to you this opportunity for better health and, if you choose, a home-based business that works…because the products work!